Lloyd George and Spanish Flu: In Sickness and in Health 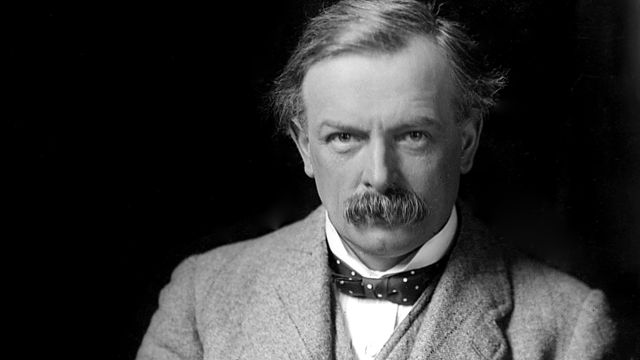 The most treasured possessions inherited from my grandfather are undoubtedly two blue volumes that have been with me for most of my life, The War Memoirs of David Lloyd George. Lloyd George was my grandfather’s political hero and so he became mine too. As a teenager I read the Memoirs avidly and they were probably the reason that I became a historian. They were, of course, very much a personal view and not necessarily to be relied upon as an accurate account of all events. But they were the words of Lloyd George.

One of the remarkable things about the Memoirs is that, while dealing with grave matters and costly military campaigns, they are largely silent on Lloyd George’s own brush with death. The recent illness of Boris Johnson has inevitably drawn comparisons with Lloyd George’s contraction of ‘Spanish flu’ in September 1918. Lloyd George was the same age as our current Prime Minister and, like Johnson, had taken over the premiership at a time of a national crisis. Lloyd George’s illness was particularly poignant. Just as the Liberal premier was on the verge of a great victory at the end of a brutal war, his own life was in serious danger. At the time, few knew how seriously matters had become.

Even today, the details are somewhat vague and some recent media articles have relied on quite a lot of conjecture. What we do know is that when Lloyd George went to Manchester on 11th September 1918 to receive the Freedom of the City, it soon became clear he was very ill. Rather than stay in a Manchester hospital, he was cared for by doctors in a committee room at Manchester Town Hall. Equipment was brought in from outside and he was placed on a respiratory aid. Although these aids were crude by today’s standards, doctors of the period had considerable experience of dealing with respiratory illnesses, as these were extremely common during these times. Lloyd George was confined to his committee room bed for over a week. His wife and close colleagues feared for his life.

The newspapers were given only a few details; reports indicated that the Prime Minister had a ‘chill’. Although the war was coming to an end, the long-term incapacity or death of Lloyd George could have changed the political dynamics of armistice negotiations. Germans read The Times too.

Britain was fortunate in having contingency plans. In 1916 Lloyd George had established a small war cabinet to take more effective control of the war effort. In September 1918 it included the political heavyweights Lord Curzon, Andrew Bonar Law, Austen Chamberlain and Jan Smuts.

Later anecdotes suggest that Lloyd George was not a good patient. He was apparently frustrated and irritable and desperate to return. In the end, determined to get back to Downing Street, he travelled back to London by train, with medical teams in attendance at his side. Some reports suggest he was still on a respiratory aid. His return was short-lived, however, and he was soon forced to take his doctor’s advice and spend more time to recuperate in the country. In due course he came back to head the momentous armistice negotiations and lead the ‘Lloyd George coalition’ into the general election that split the Liberal Party.

Had Lloyd George died tragically in September 1918, his national reputation would have been secure and unquestionable. He would have been the man who had introduced national insurance and old age pensions and who had ‘won the war’. However, subsequent events somewhat clouded his reputation, at least amongst rival Liberals. His decision to fight the rushed 1918 general election in coalition with the Conservatives split the Liberal Party for a generation and hastened is decline. The twentieth century became, to borrow the words of historian Stuart Ball, a ‘Conservative century’.

Inevitably, a somewhat dark thought emerges. Had Lloyd George succumbed to Spanish flu in 1918, it is not too fanciful to believe that a new leader – possibly even Churchill – could have reunited the Liberal Party. Perhaps the party would have resisted the rise of Labour – a party that still only polled 20 per cent of the vote in 1918. My grandfather may have spent his life supporting a party of government, rather than living through a series of Liberal false dawns from 1929 to 1983.

But for all his flaws, Lloyd George was still our hero. Few men had a greater impact on twentieth century Britain and fewer still could articulate Liberal values as trenchantly and passionately as the great man. The War Memoirs are still treated with reverence. My grandfather was fortunate to live in an age of heroes, in the age of Asquith, the last Liberal leader to win a general election, in the age of Lloyd George.

Dr James Moore is a Lecturer in Modern Social History at the University of Leicester. His books include The Transformation of Urban Liberalism (2006). He was formerly a Liberal Democrat councillor and parliamentary candidate.

Posted on 22 April 2020 by Duncan Brack · This entry was posted in Notices · Link to «Lloyd George and Spanish Flu: In Sickness and in Health»